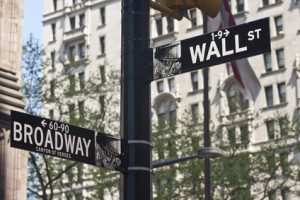 Downtown Broadway office buildings are increasing their rents in response to strong demand and diminishing inventory. Many buildings are reporting strong interest from midtown businesses looking for affordable office space coupled with easy access to transportation from the Fulton Transit Center. 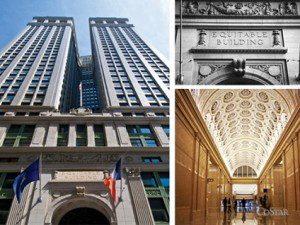 This summer at Silverstein Properties’ 120 Broadway (corner of Pine Street) asking rents have increased from $38 to $43 per square foot (PSF). This elegant Class A  building is an historical landmark and contains 1,850,000 SF of space. Currently available offices range in size from 2,100 to 45,000 rentable square feet (RSF). Some have been newly constructed and are in move-in condition. Other spaces are demolished and can either be “built to suit” or developed by a Tenant using a cash contribution provided by the Landlord.

At 61 Broadway (corner of Exchange Alley) 16 new leases were signed in the first half of 2013. This Class A office building with its restored Beaux-Arts lobby is popular with small- and mid- size Tenants. This year rents have increased from $3- $5 PSF. Vacant spaces from 2,008 to 23,750 RSF are available for lease. Asking rents begin at $35 PSF on lower floors and increase to $48 PSF on higher floors which offer windows on four sides and views of NY harbor.  61 Broadway has one of downtown’s most efficient Landlord “build-to-suit” programs (available on 5- to 10- year leases) and it includes an architect to assist with space planning. 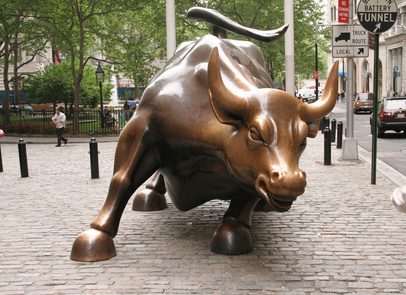 At the end of Broadway overlooking the iconic Charging Wall Street Bull sits the vintage (1898) 11 Broadway. The building has been modernized and is popular with downtown technology firms due to its abundance of internet providers. 11 Broadway still offers discounted rents starting at $32 PSF for offices on the lower floors which increases to $40 PSF for the top of the building with harbor views. (Previously rents ranged from $28- $35 PSF.) Available spaces range in size from as small as 500 SF up to 25,000 SF full floors. On a minimum lease term of 5- to 7- years the Landlord will construct a basic office created from an architectural plan submitted by the Tenant. Short-term leases of 3- to 5- years are offered on second generation (previously built and occupied) space. In this scenario improvements are limited to carpet and paint.

The above information is representative of general market conditions. Downtown Broadway Office Buildings continue to deliver an excellent value when compared to other locations in NYC. Discounted rents (below $30 PSF) are still available in some side street buildings. Conversely, the most modern Class A buildings such as 140 Broadway and 7 World Trade Center have minimum asking rents of $55 PSF.