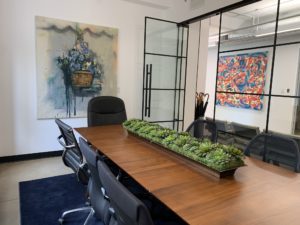 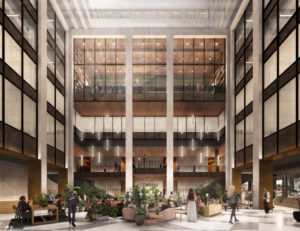 Lobby at the Company Building

Located steps from Grand Central Station, the 1 million square foot 335 Madison Avenue has been transformed into an Urban Tech Space. “Company is the first of its kind—a seamless integration of technology, hospitality, and purpose-built space.” 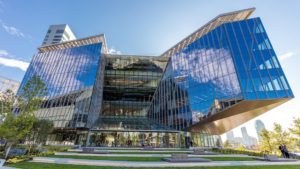 This $2 billion campus on Roosevelt Island in the East River offers a mix of academic and office buildings, residences and a hotel. Cornell will share “The Tata Innovation Center”, a 230,000 square foot building, with independent tech companies, venture capitalists and a full floor co-working space.

Tech Centers of the Future 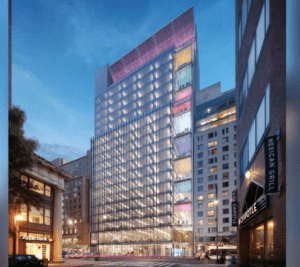 This $200 million project is a joint venture between RAL Development Services and NYC’s Economic Development Corporation. It will include a tech-focused training center and incubator, office space and a multi-vendor food hall. 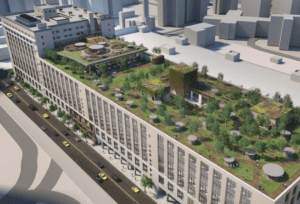 Tishman Speyer is redeveloping 630,000 square feet of offices for tech users on the top floors of the 10- story postal facility. Construction will begin in 2020 and conclude in mid- 2022. The project targets large tech companies that can fill floors ranging in size from 48 to 200,000 square feet. A 2.5 acre roof-top garden is planned. 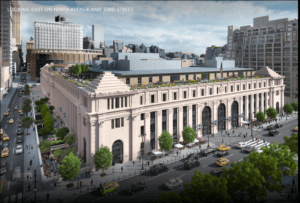 Vornado Realty Trust is redeveloping the James A. Farley Post Office which occupies one square block at the corner of Eighth Avenue and 34th Street. When completed it will contain  740,000 square feet of office space, 120,000 square feet of curated retail and new majestic train hall. 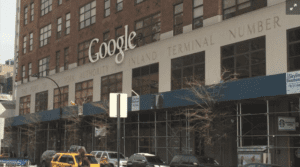 Alphabet Inc., the parent company of Google, is spending $1 billion on a sprawling campus in Hudson Square. It will include 315 and 345 Hudson Street and 550 Washington Street. This is in addition to the Chelsea Market Building (75 Ninth Avenue) which was purchased for 2.4 billion in 2018. 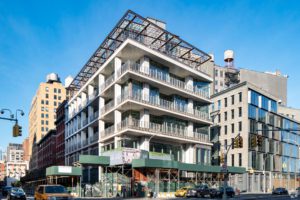 Microsoft is leasing a 63,000 square foot office in a newly constructed building at the corner of Lafayette and East Houston Street. It is collaborative space occupied by researchers, engineers and developers.

Crain’s New York Business assembled a list of the coolest offices that made their debut in 2019.

You will save valuable time, energy and money by using Cogent Realty to negotiate your lease. Cogent Realty is an independent and licensed NO FEE Tenant Representation Broker with over 20 years of experience representing NYC businesses. Cogent maintains an extensive Building and Landlord database as well as current “closed deal” contract information. We will find you the right space at the right price. Phone: (212) 509-4049.